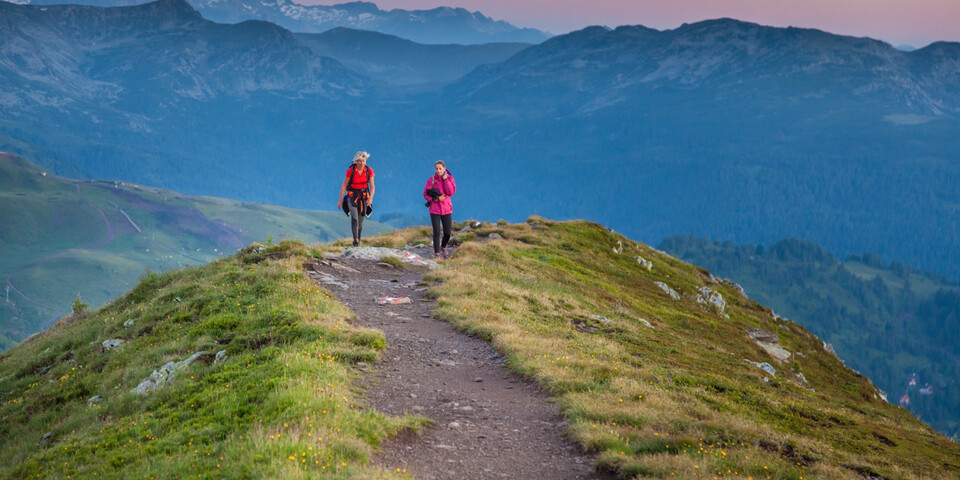 Summit tour to the east to the "roof" of the Nockberge mountains.

The tour is also considered a top tip of the region around the mountain personality Eisenhut and symbolizes one of the 19 leading offers on the subject of hiking in the adventure area Murau.

The tour to the Eisenhut, to the highest of all Nockberge peaks, is beautiful, but also a physical challenge that should not be underestimated.From Turracher Höhe, the route leads, as in Tour Q, over Schoberriegel, Gruft, Kaser Höhe and Hoazhöhe to Bretthöhe. And further over the Lattersteighöhe, down to the Rapitz Sattel*, up again to the Wintertaler Nock, to finally stand at the summit of the Eisenhut. The descent leads past the Diesling lake and the Perner Alm into the Turrachtal valley to the old forester's house (Hannebauer). *As a variant for the way to Eisenhut, but also for the way back, the route Rapitz Sattel, Grillendorferalm,Engeleriegel,Weitental,Schwarzsee,Turracher Höhe offers itself (walking time Rapitz Sattel - Turracher Höhe about 3 h).